Levolux designed and supplied its Infiniti Aluminium Fin system as part of an architectural façade solution for an $800 million upgrade of Westfield’s Century City mall in Los Angeles.

Levolux was approached to develop a custom designed architectural façade solution at the refurbished shopping mall. The aesthetic of the system was a key driver for the design. However, the solar shading performance was also a consideration. 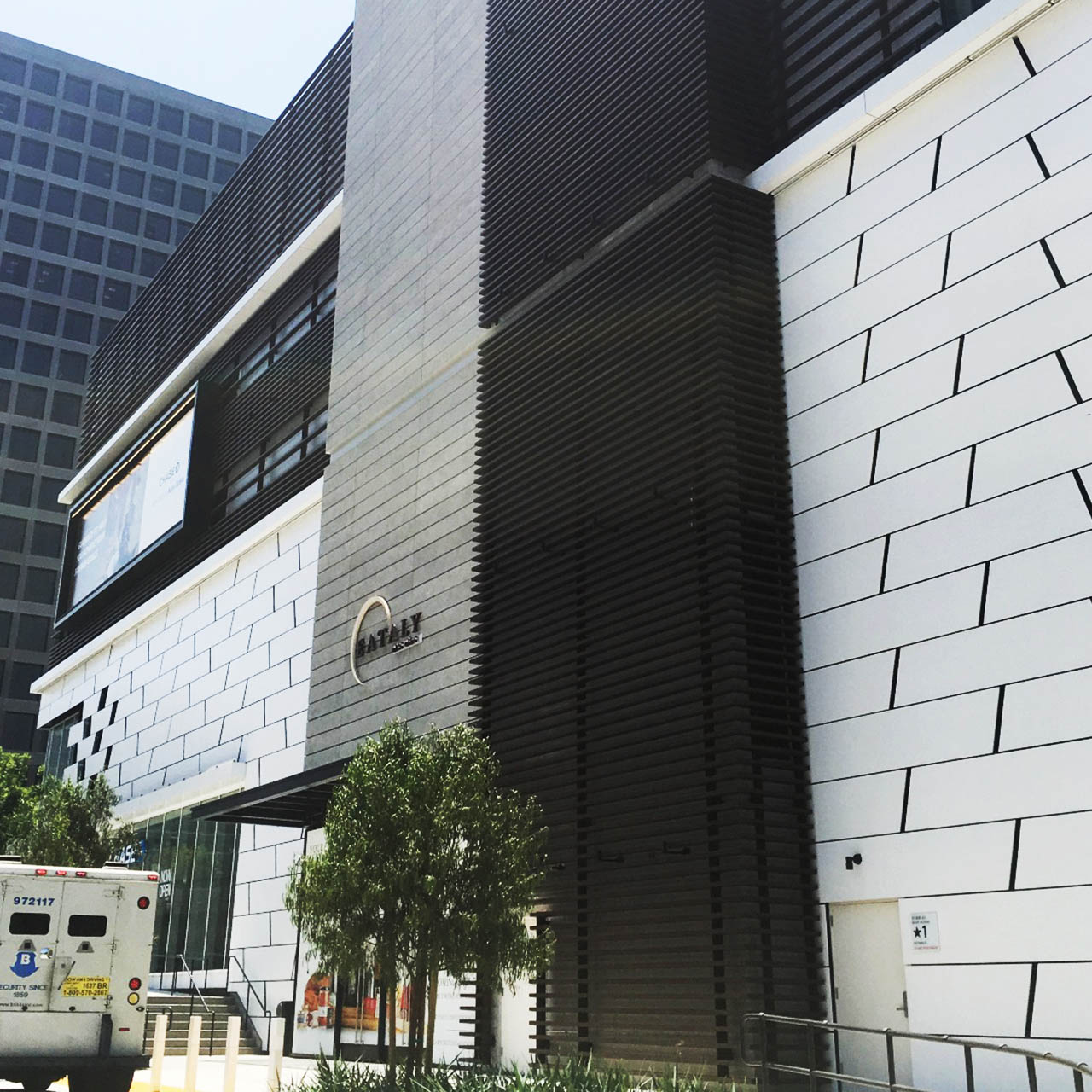 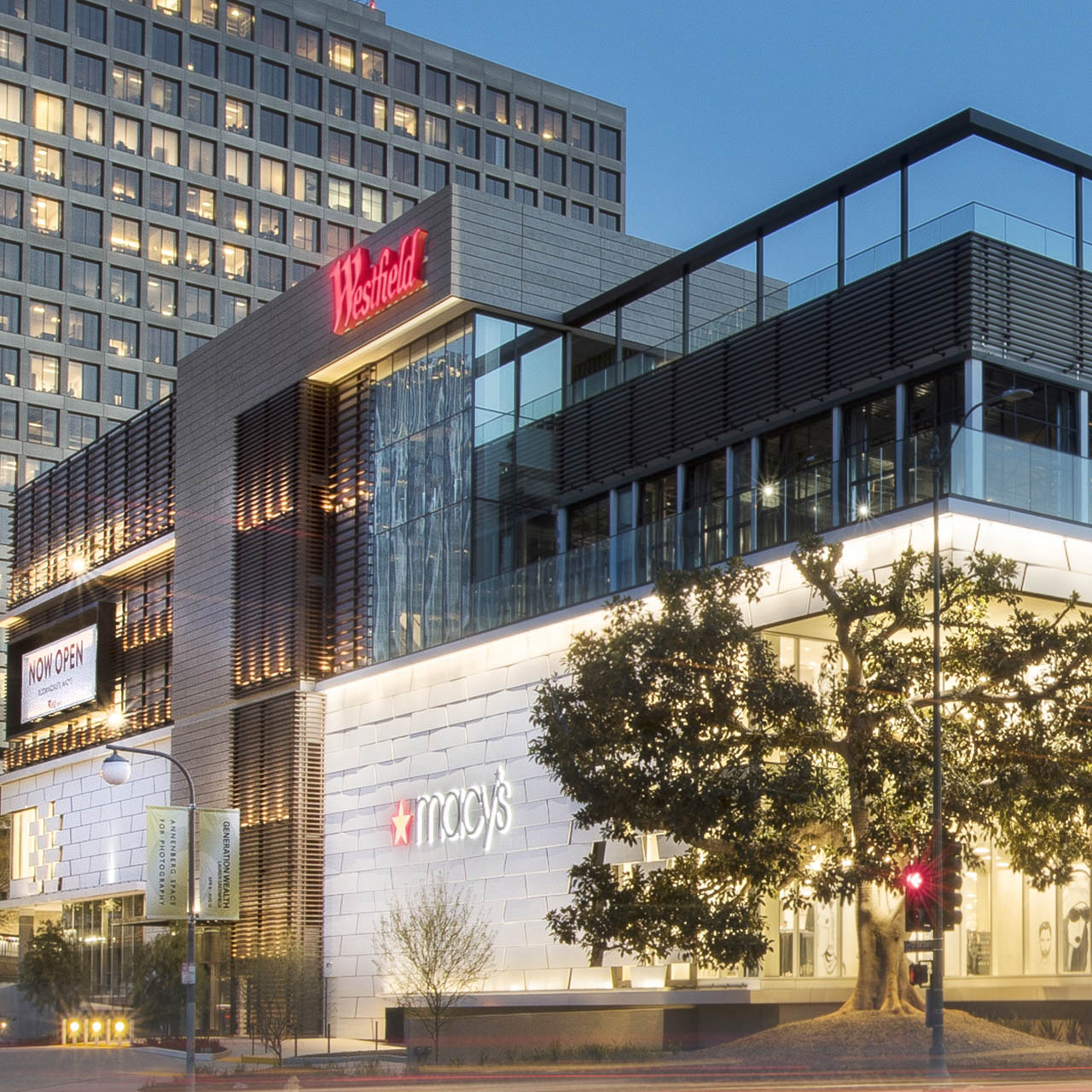 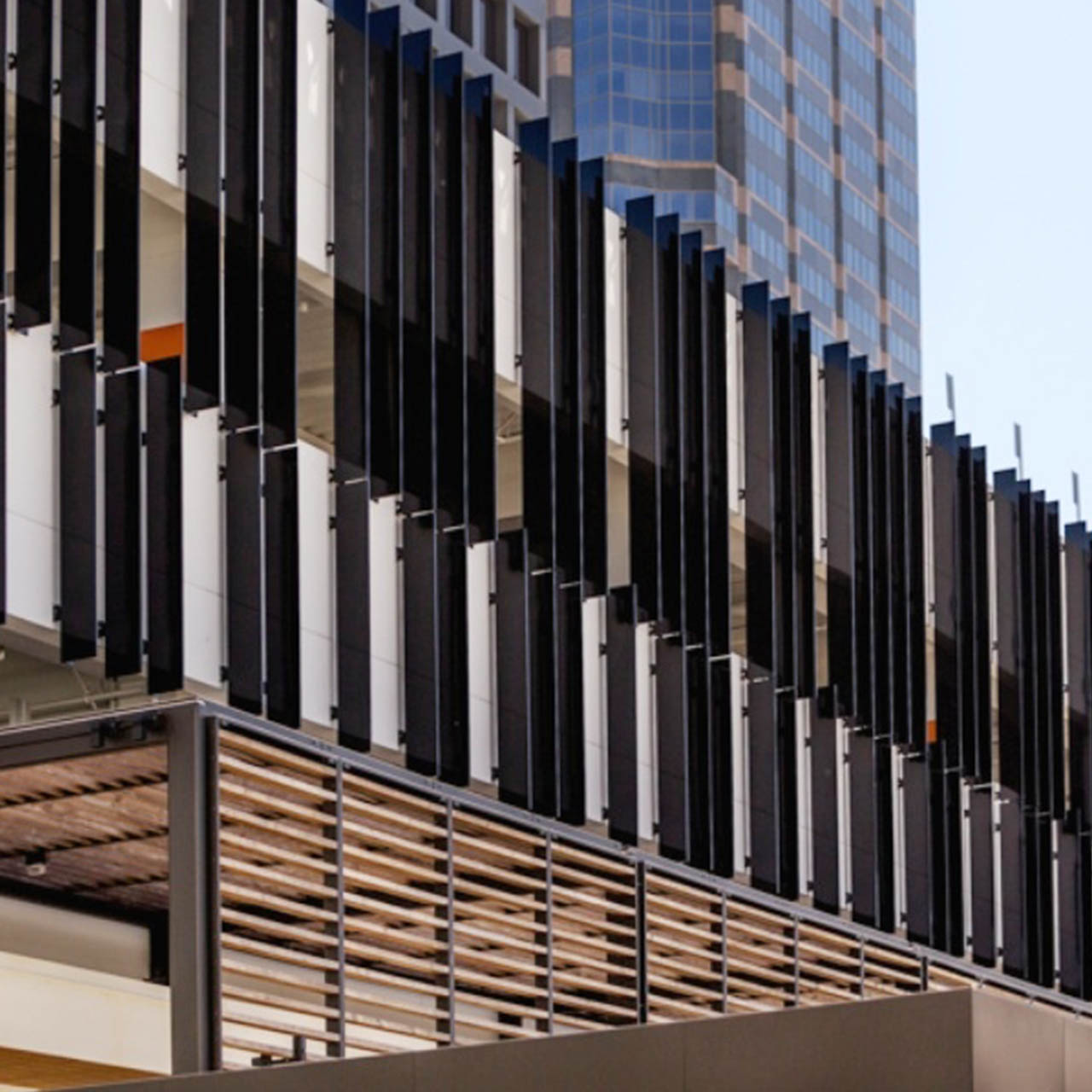 Levolux’s expertise in designing aluminium extrusions enabled the development of customised trapezoidal-shaped aluminium fins specifically for this project at Westfield’s Century City, Los Angeles. The Infiniti fin screening solution was designed and supplied by Levolux for 27 different locations throughout the mall.

A key aspect of the design was the ability to develop a solution that would allow the fins to be temporarily removed to allow maintenance access to the plant being screened. As such, Levolux designed an extrusion with a clip-in rear section that incorporated a retractable fixing.

For areas requiring horizontally installed fins, a 127 mm deep trapezoidal fin was developed and integrated into the façade solution at pitches that vary from 180mm up to 720mm. To the north of the site, the horizontal fins were faceted, allowing the vertical screens to follow the building’s curved façade.

For areas employing fins in a vertical orientation, Levolux developed a 250 mm trapezoidal fin. These fins were used in two applications. Firstly, as individual fins to screen the upper levels of a multi-storey car park. Here, the fins varied in length, with some extending up to 4.5m across openings. Others were shorter, allowing clear openings or making way for LED screens and billboards. Secondly, the fins were used to create panels in conjunction with the horizontal fins.

The horizontal fins at Westfield’s Century City were polyester powder coated to replicate the effect of real timber, with a dark brown colour and woodgrain textured finish. The larger vertical fins, which were also formed from extruded aluminium, were finished in a satin black powder coating, creating a contrast against the pale rendered cladding.