Levolux designed and developed a custom screening solution for the multi-storey car park on the West of Boston Logan International Airport. The project design team simulated views into and out of the car park from all angles by using 3D design software. This allowed the optimum façade treatment to be identified in line with the Massachusetts Port Authority (otherwise known as Massport) specification.

Cantilever of aerofoils beyond last support

Polyester powder coated finishes to a range of colours 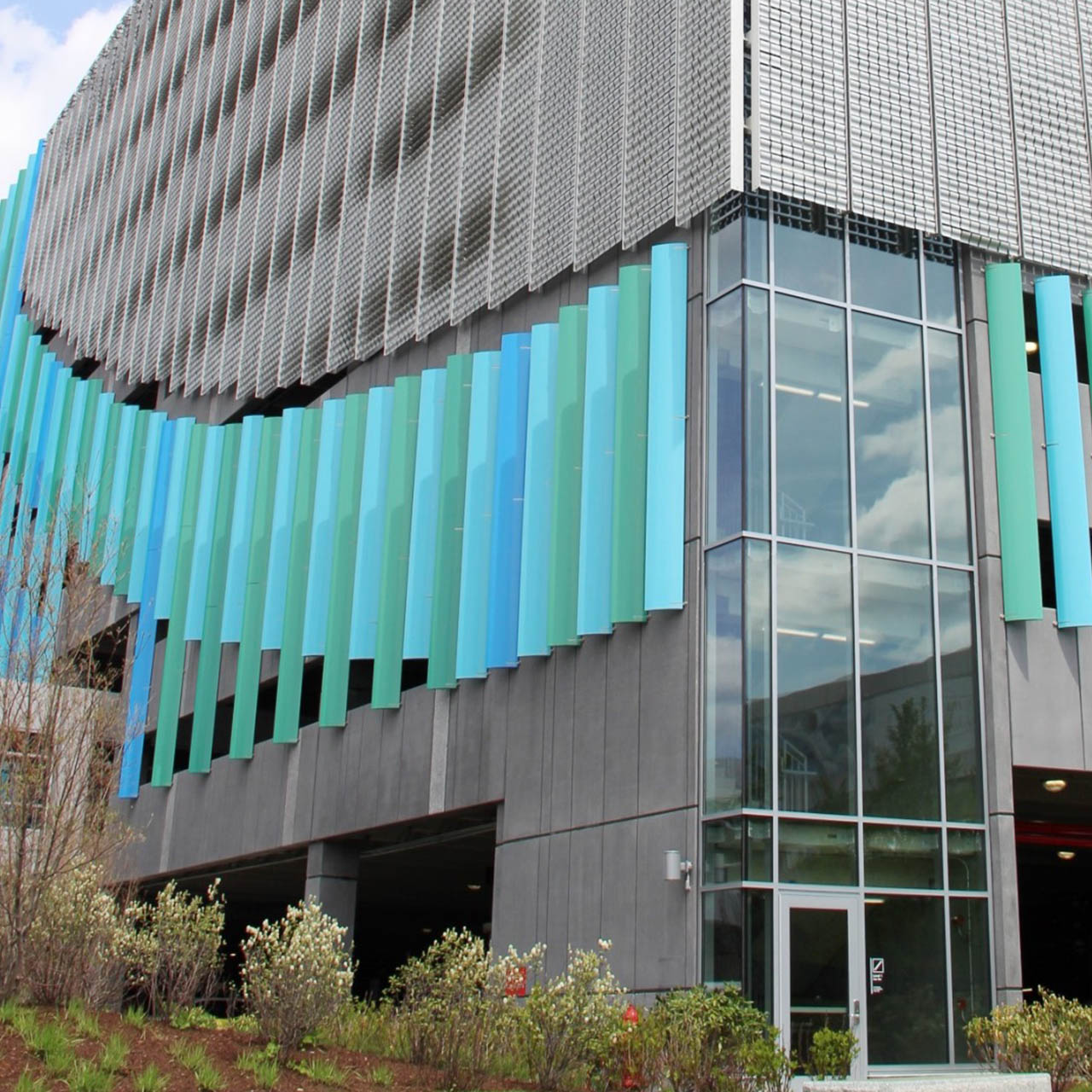 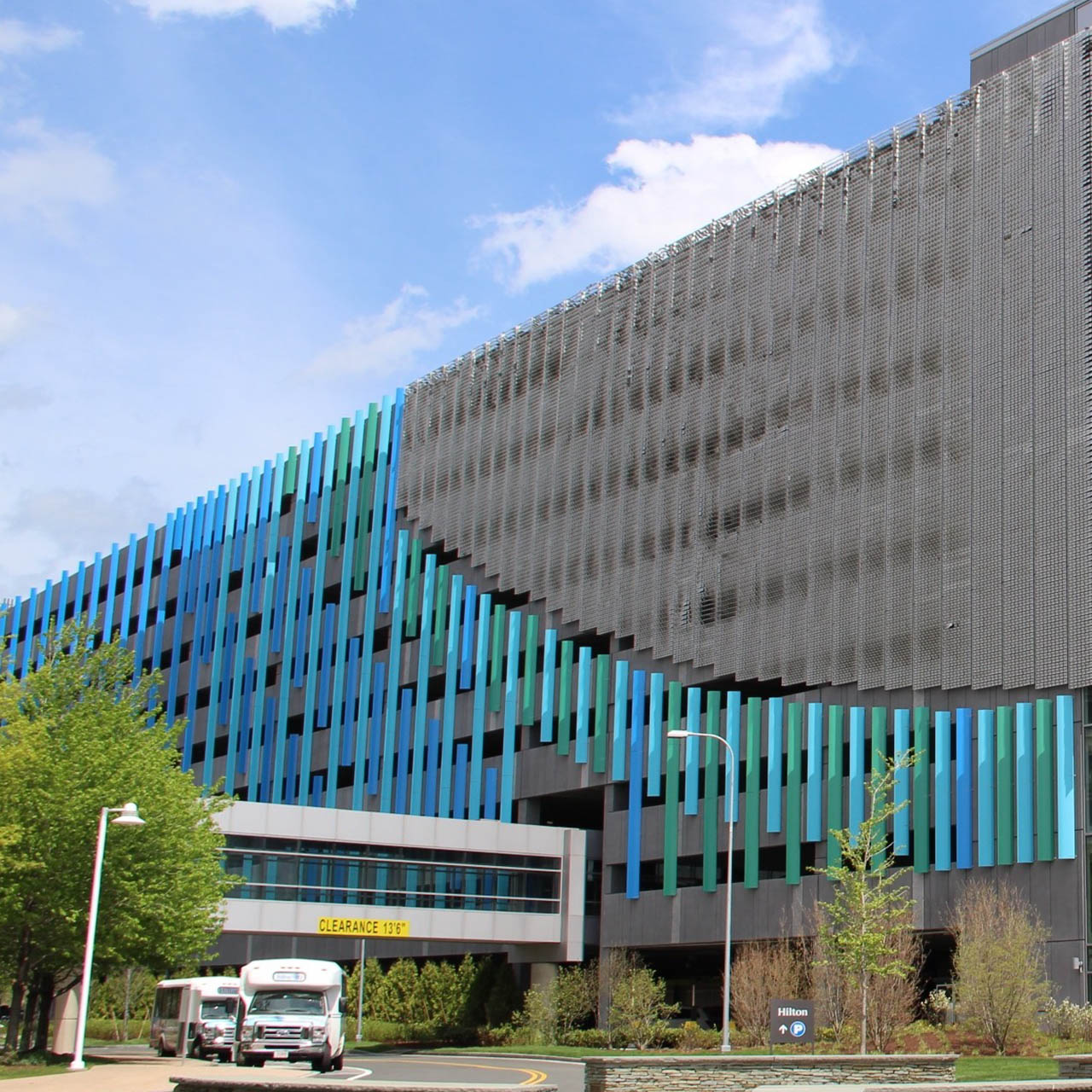 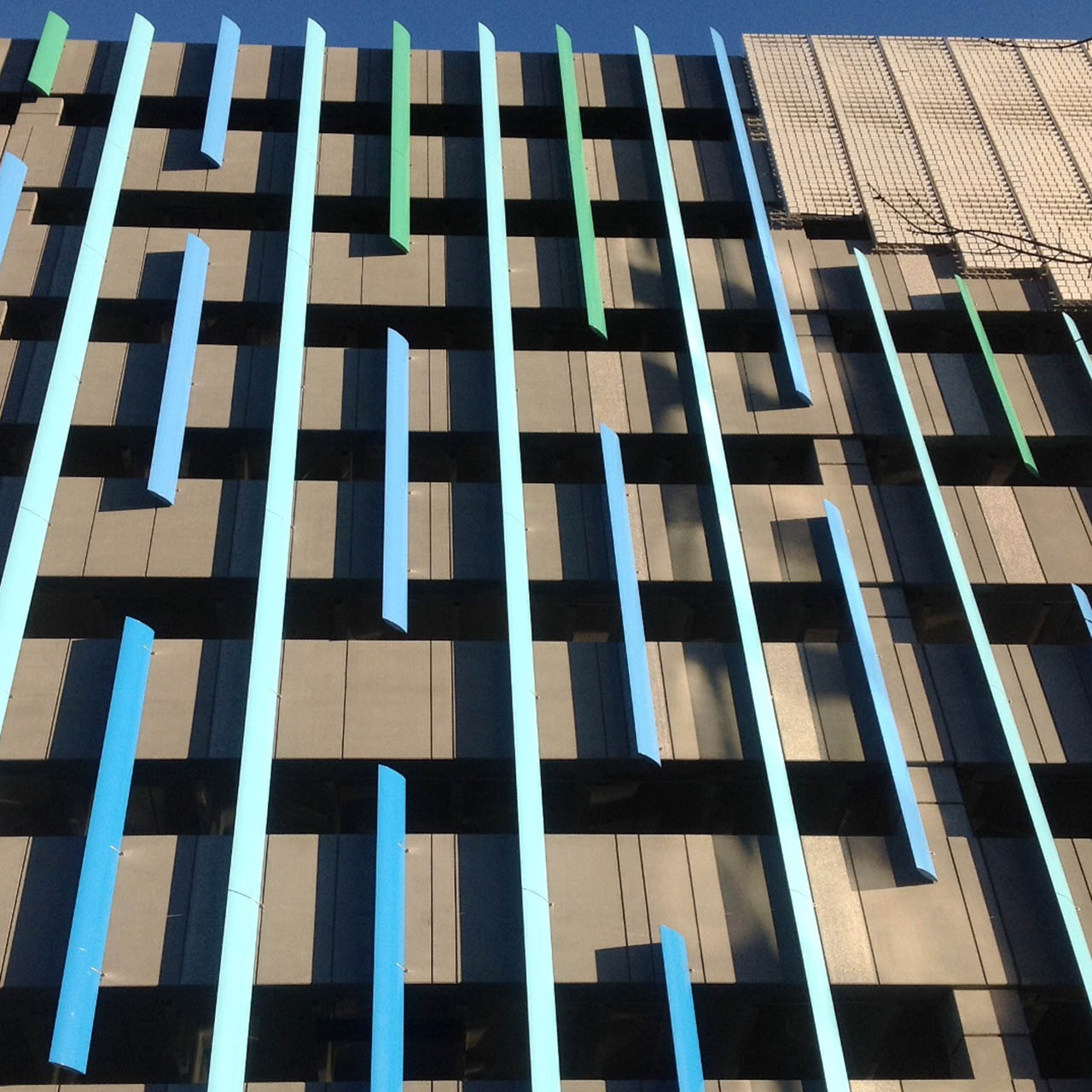 Levolux’s Infiniti Secret-Fix Aluminium Aerofoil Fin system was installed on the south and west elevations. The 500mm x 90mm fins were fixed vertically to the face of the structure and set at an angle of 45 degrees. At this angle, the Infiniti fins (a) obscured views into the car park from neighbouring buildings, such as the Hilton Hotel, (b) ensured the transmission of ample natural daylight levels within the car park, and (c) allowed good outward visibility for its users.

The length of the Infiniti fins installed at Boston Logan International Airport ranged from just 2.8m to 28m, where they were installed to the full height of the building. Indeed, the design of the Infiniti Fin system allowed the fins to cantilever 1.3m past the last support.

The horizontal spacing between fins also varied from 0.9m at the south-west corner to 4.3m in the north-west corner. To the south, the fins are confined to lower levels, contrasting with a kinetic screen above.

To introduce an interesting external aesthetic, each Infiniti fin was polyester powder coated to one of five complementary colours, ranging from sky blue to bright green.

The fins, which feature aluminium end caps, were secured back to the structure using 415 cast stainless steel brackets, all provided by Levolux.