The Levolux solar shading solution comprises a combination of horizontal and vertical Infiniti Timber Fins and Levolux’s Infiniti Fin system, applied externally on the outer elevations and within the building’s enclosed courtyard area. 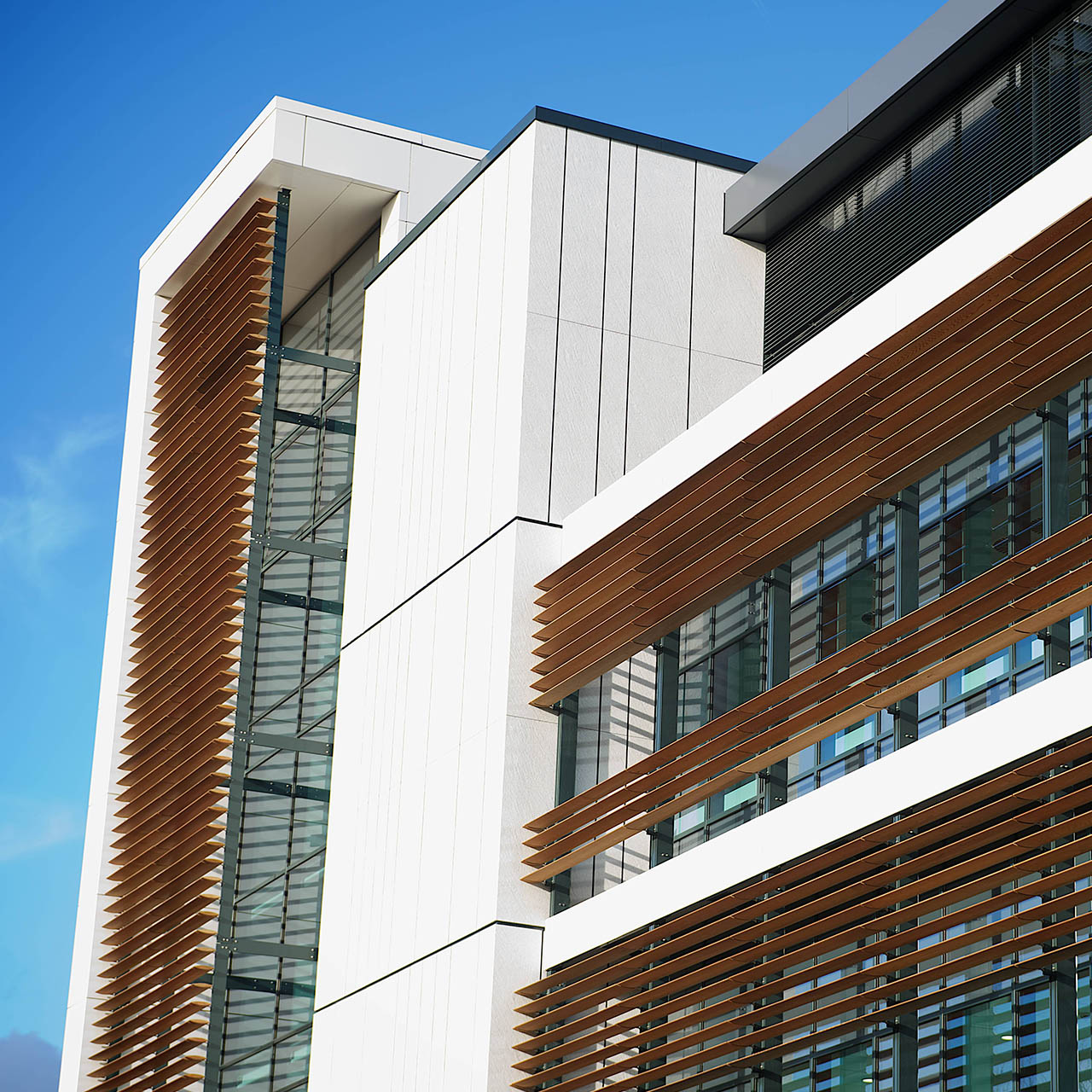 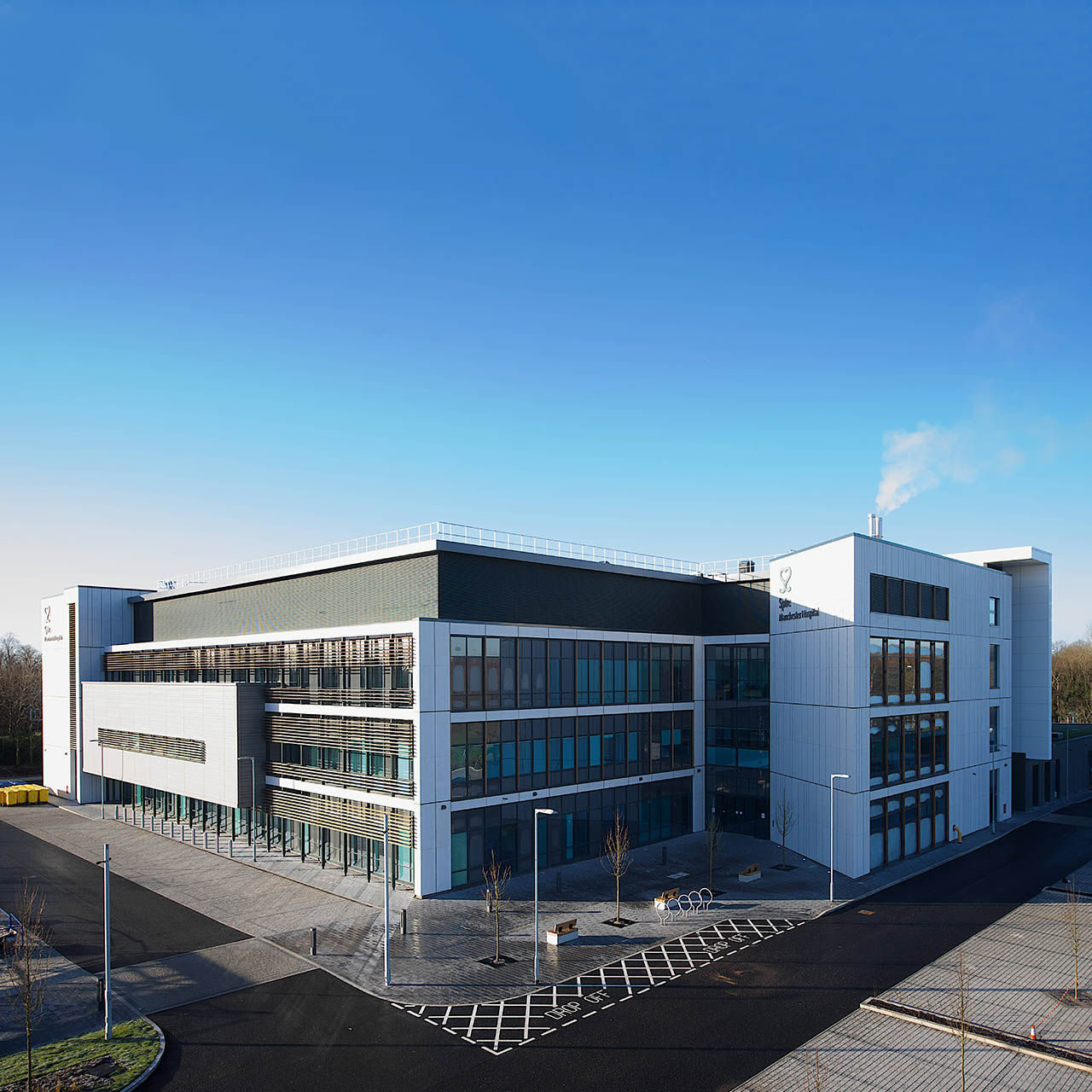 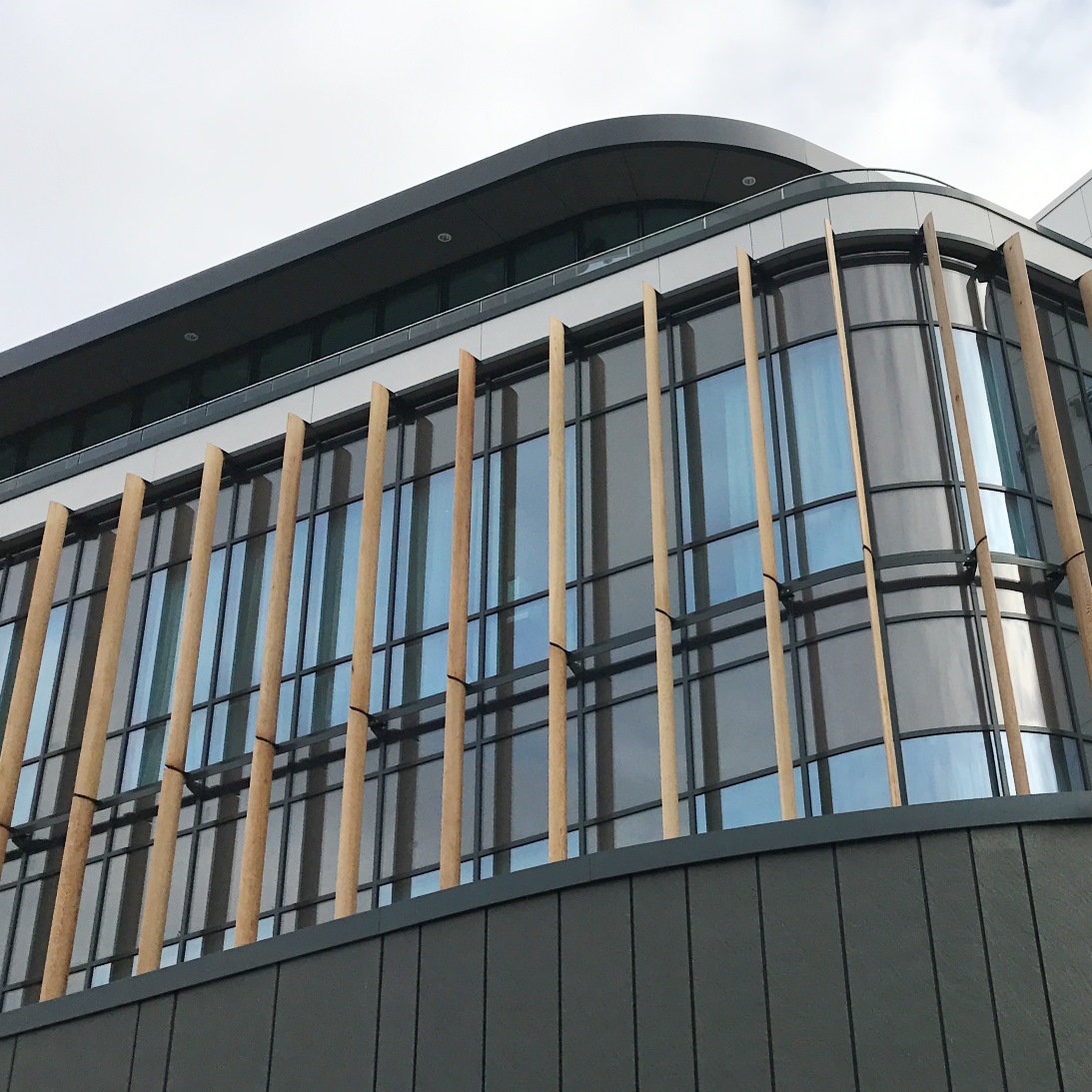 230mm x 40mm Infiniti Timber Fins were installed horizontally, incorporated into a series of stacks on south- and east-facing elevations at a pitch of 198mm. Here, the larger arrays of fins were set off from the building to allow a maintenance walkway between the Levolux solar shading solution and the curtain wall system.

The Infiniti fin systems were all secured back to the unitised curtain walling system using Levolux’s thermally broken Triniti® bracket.

All aluminium components, including the Infiniti Fin system and ventilation louvres, are finished in an attractive, yet highly durable dark grey powder coating. The horizontal and vertical timber fins, all formed from Western red cedar, have been left untreated and over time will acquire a cool, silver-grey patina.