Fins in a variety of sizes, measuring 250mm wide by 55mm thick

Durable Powder Coated Finish, in one of four vibrant colours 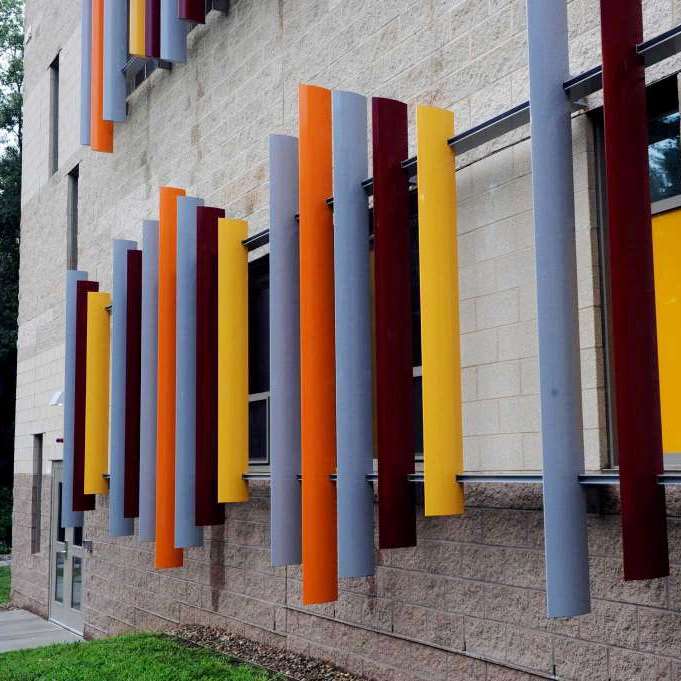 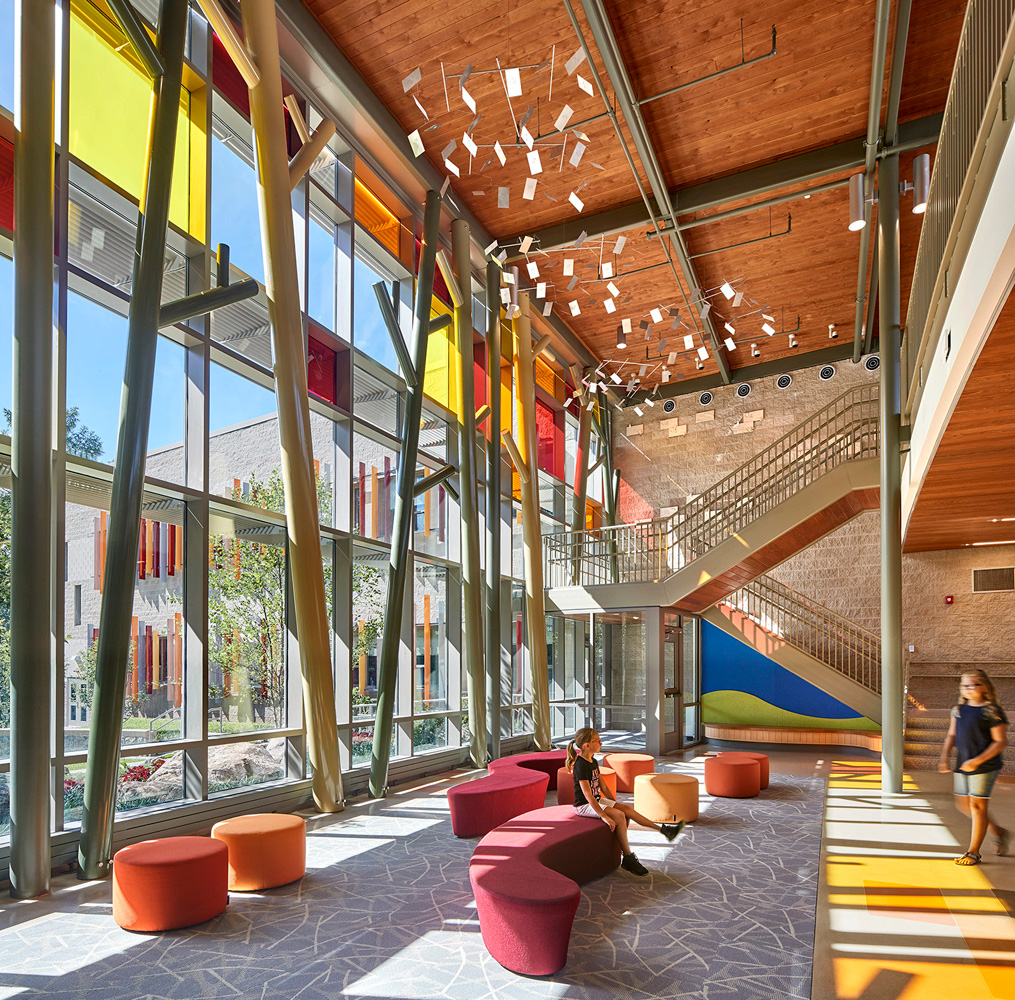 Levolux was invited to offer its market-leading expertise to develop a passive external solar shading solution. Levolux devised a solution based on its innovative Infiniti® Fin system. This provides a unique and highly sustainable method of fixing Fins of virtually any shape and size to a building.

In this case, Fins have been applied vertically using an aluminium horizontal carrier, although Fins can also be fixed horizontally or inclined as required.

In total, Levolux manufactured and supplied 547 aerofoil-shaped Fins for the Sandy Hook School, each measuring 250mm wide by 55mm thick. The Fins, which are formed from extruded aluminium, are distributed across three wings of the development, along east and west-facing elevations.

The application of ‘vertical’ Fins in front of glazing is most appropriate on east and west-facing elevations, as they counter the position of the sun as it passes overhead to the south. Fins are fixed at an angle of 90 degrees and set at 495mm centres. As a result, it provides effective shading during the middle of the day, but without compromising daylight levels or outward visibility.

With its concealed, patented stainless steel fixings, the Infiniti Fin system, which was launched in 2009, has become a firm favourite among architects. This is key to delivering a clean, continuous and uncompromised appearance. Fins can also be cantilevered past the last support, making them appear to float in front of the building.

The Fins at Sandy Hook School have also been used to inject colour into the scheme. A similar approach is often used on schools, universities, offices and car parks. Each Fin has been given a durable powder coated finish, in one of four vibrant colours, ranging from yellow and orange, to grey and dark red.