Devastated by fire in 2008, 619 Queen Street West in Toronto was dramatically revived, Levolux offering part of that revival in providing a custom perforated screening solution. 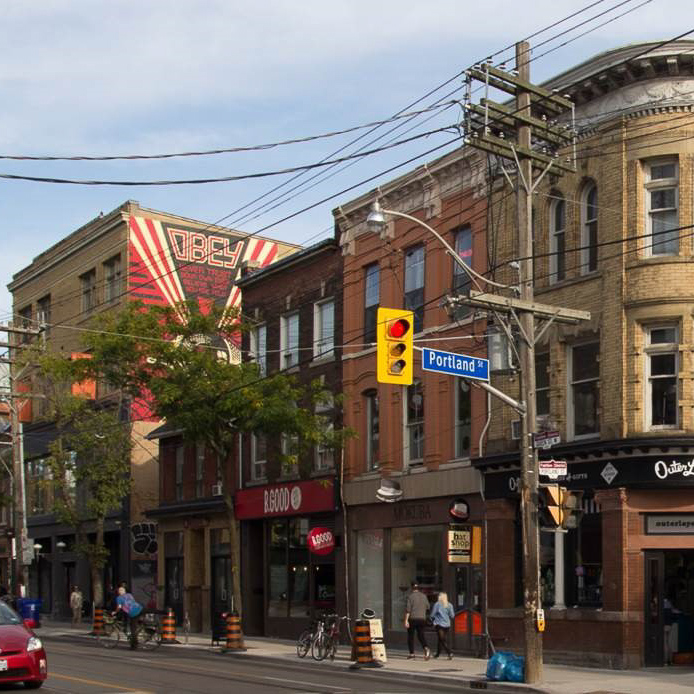 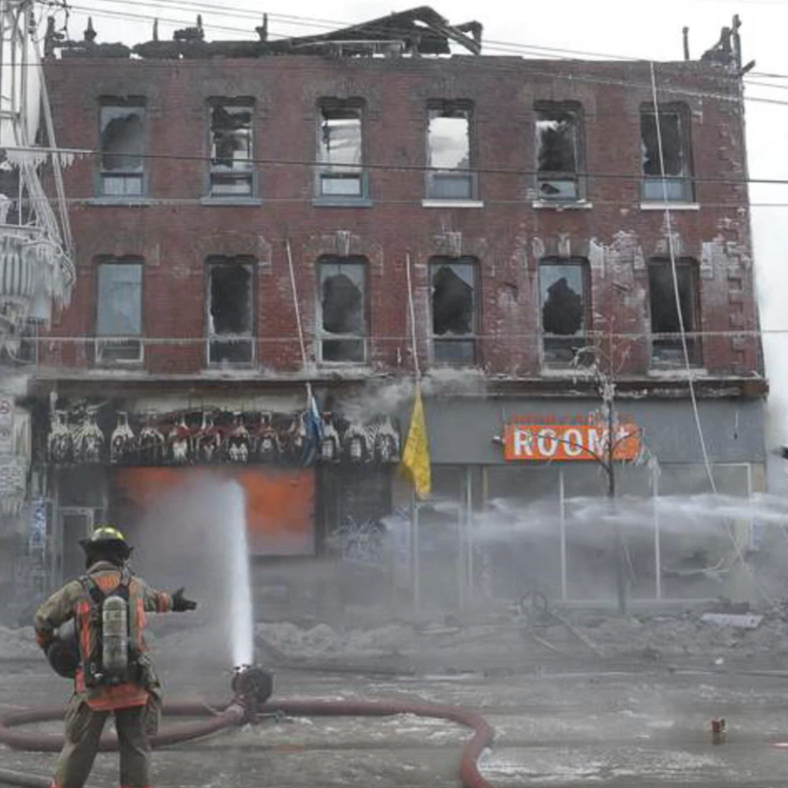 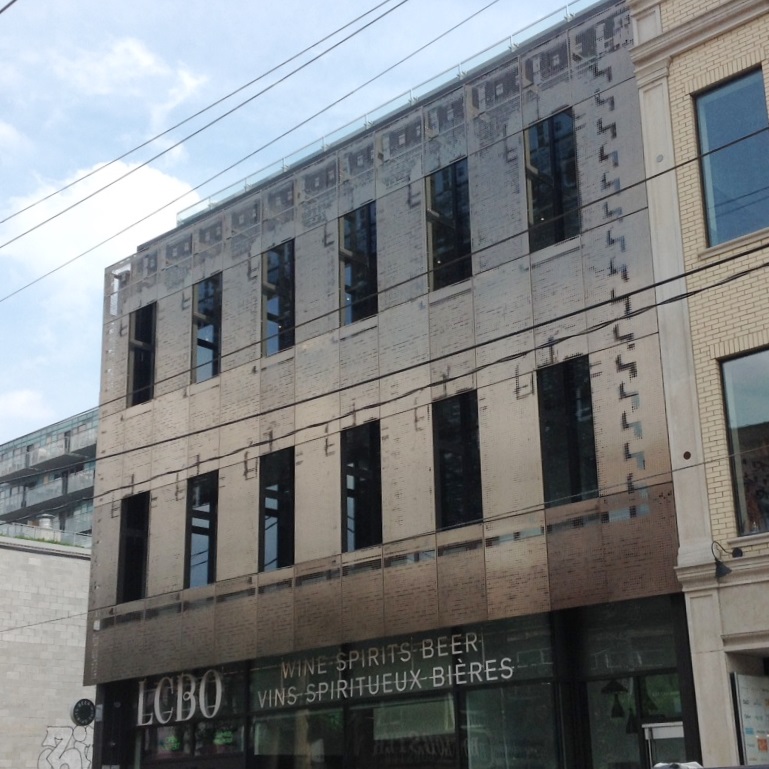 At 619 Queen Street West a fire destroyed the original Victorian building in 2008, which was then demolished. The site remained dormant for four years until it was bought in 2012 by Hullmark Developments. The three-storey building is situated in a historic part of Toronto, which is lined by Victorian-era buildings. Buildings from this period are adorned with ‘eye-browed’ windows and crenulated brick and sandstone features.

Rather than attempting to copy the original brick and stone construction, Hullmark sought to leverage modern building technology to maximise the building’s energy performance levels. In satisfying the guidelines, architects proposed the combination of a modern, glazed curtain walled structure, overlaid with a decorative, external perforated screen which would mimic the appearance of the original building.

Levolux was approached to develop a custom screening solution to be applied across the north-facing elevation of the building. The intention was to compose upon the façade of the building’s sleek perforated stainless steel panels, the image of the previous building, paying homage to the site’s past while maintaining an impressive, contemporary aesthetic.

The solution comprises 53 perforated, polished stainless steel panels, each measuring up to 1.14 metres in width by up to 2.1 metres in height. The panels are fixed to an aluminium carrier system, which is in turn secured back to curtain walling, using the popular Triniti bracket. The Triniti bracket delivers a comprehensive thermal break, in addition to excellent isolation of unwanted noise and vibrations.

Each perforated panel is formed from a 2mm thick stainless steel sheet, which is individually finished with an intricate pattern of perforations. Six different diameters of perforations were used in both the panels and supporting structure to further refine the pattern. When the panels are combined together, they create a ‘ghost’ image of the original Victorian building.

The fully installed screen extends 13.3 metres in width by 8.85 metres in height and accommodates twelve window openings, as these were present in the original building. Panels have been given a polished satin bronze finish, which reflects a similar appearance to the original scheme.

Now complete, the new 619 Queen Street West has risen from the ashes of its predecessor. By embracing cutting-edge technology, such as the screening solution from Levolux, it signals the future, while paying tribute to the past.